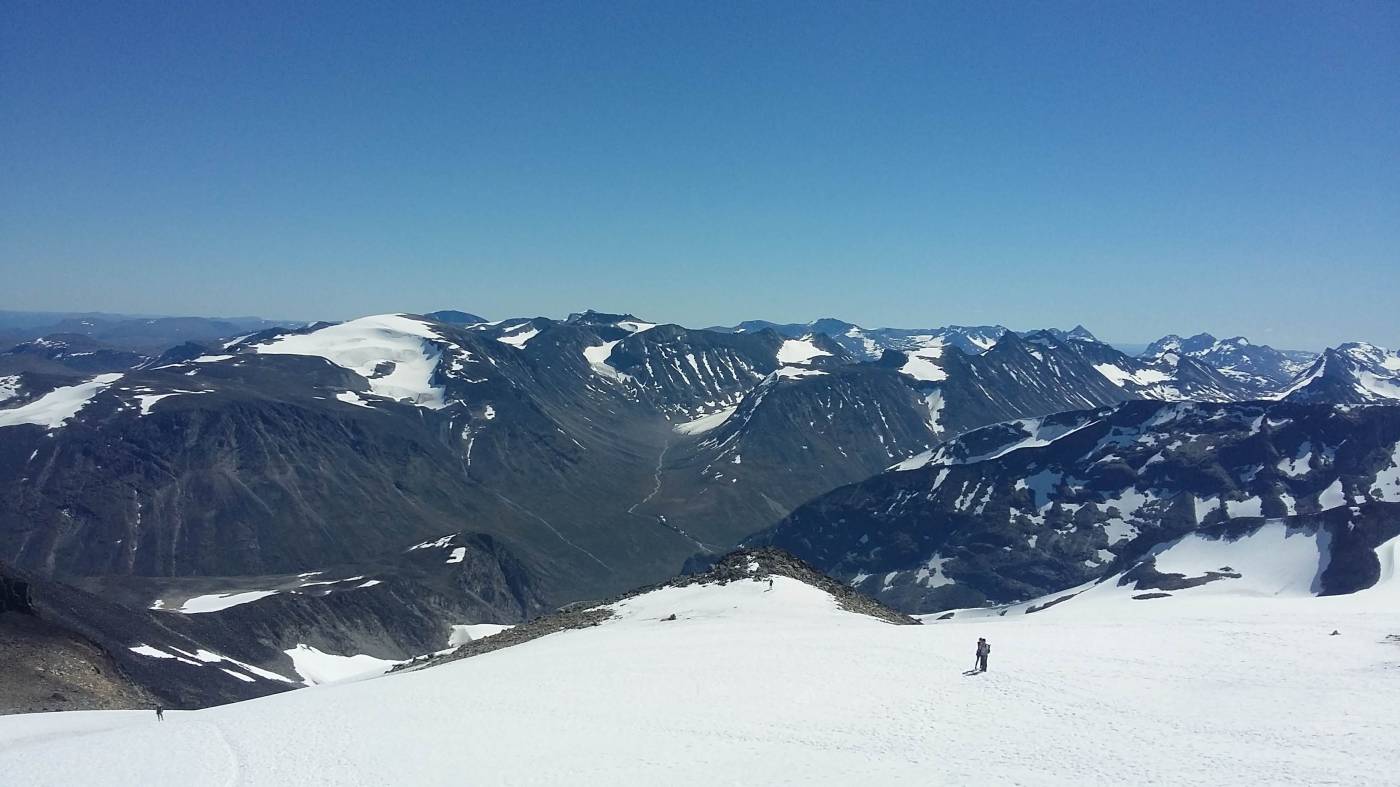 It was an early, sunny morning in Bergen. My alarm clock went off as planned invading my dreams and waking up my excitement for adventure. In no time I was up moving like a well-rehearsed athlete. Brush your teeth, make breakfast, check your backpacks, relax, breathe, focus. I was ready to conquer the highest mountain in Norway and Northern Europe.

If someone would have told me three months ago when I was struggling to get up the stairs to my new flat that I would be climbing up to Galdhøpiggen at 2469 meters, I would have laughed them off. But here I was, getting on a bus with 48 other “mountain freaks” also known as Red Cross’ Til topps group. We had a long drive ahead of us.

Our first stop was at Flåm, a pretty but touristic place with people buzzing around and taking pictures. If you take Flåmsbana, The Flåm Railway, you get to see the Norwegian landscape and its changing scenery with connections to Oslo and Bergen. There are also cruises that offer the busy travelers the best peeks of fjords and mountains. During the last years there have been talk to restrict the number of visitors in Flåm as it’s getting quite crowded. 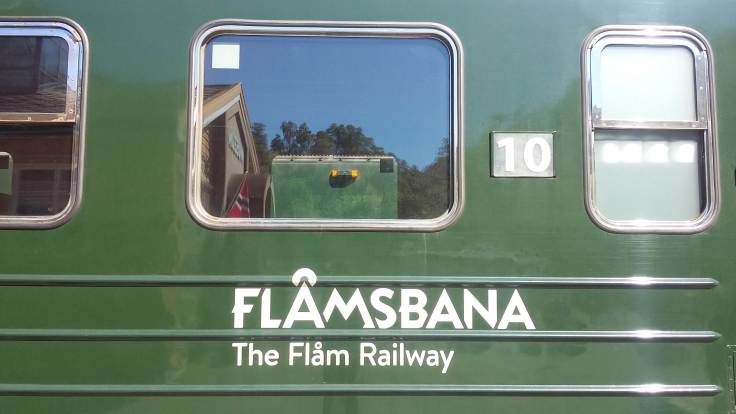 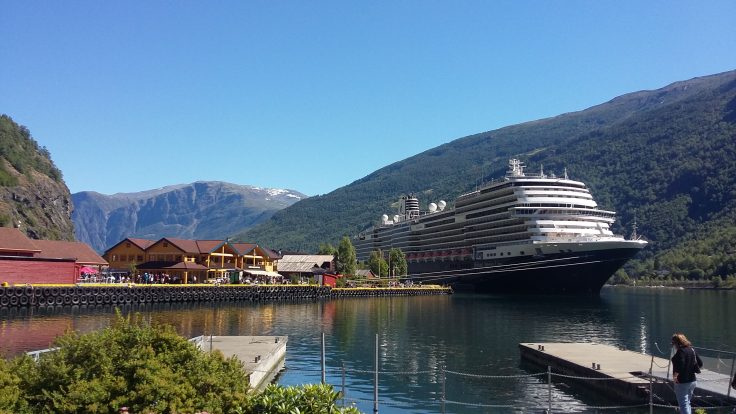 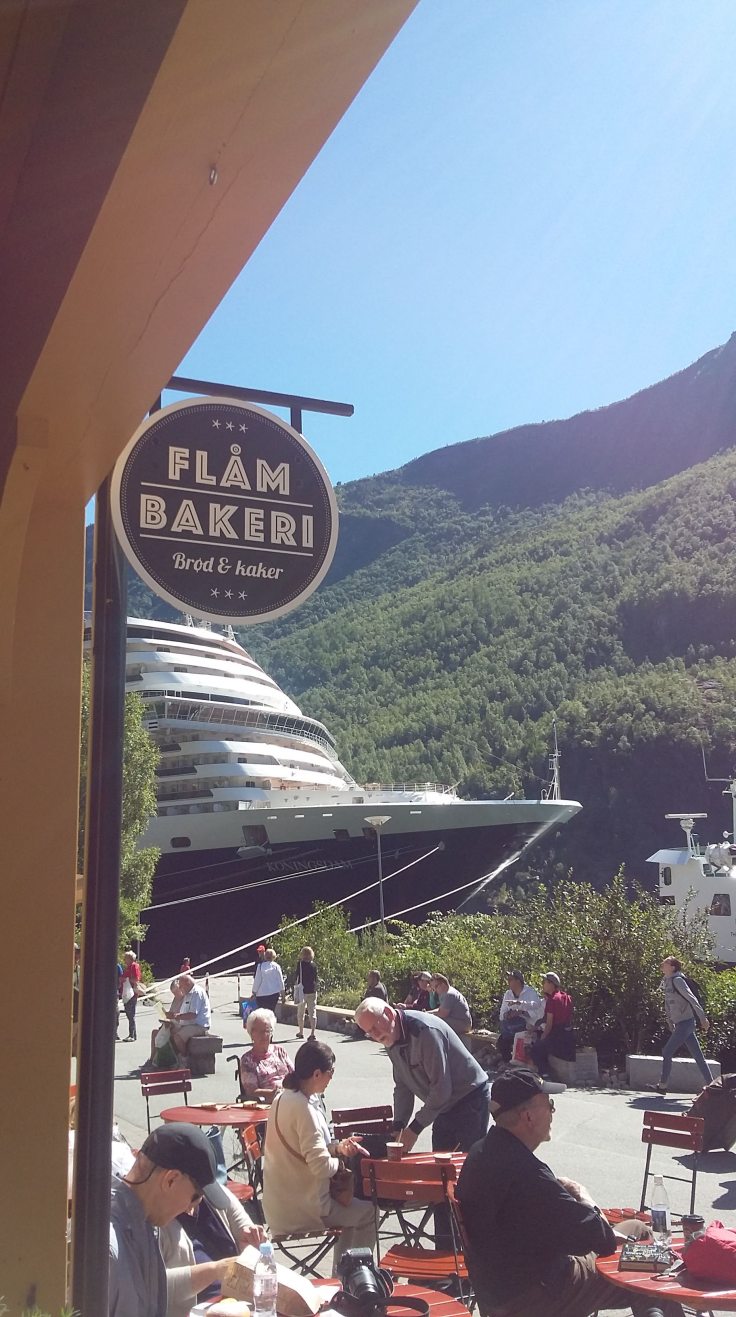 Our next stop was in Lom, where we participated a culture festival organized by the Red Cross. Lom, which is said to be a gateway to Jotunheim National Park (thanks Wikipedia), has an old Stave Church with some pretty nice details and a rather awe-inspiring appearance. This was the only stave church I have seen while in Norway even though they are apparently everywhere and there should even be one here in Fantoft, Bergen. The culture festival was a nice party with some activities and music. I particularly enjoyed the concert and energy of a group named African Sunz.

As we arrived at Spiterstulen it was already late. Spiterstulen is a tourist station offering accommodation (rooms, cabins, bunk beds, camping area etc) to those who wish to hike in the Jotunheim national park area. We gathered for a quick information meeting before going to sleep. It was a short night, mostly because of excitement. 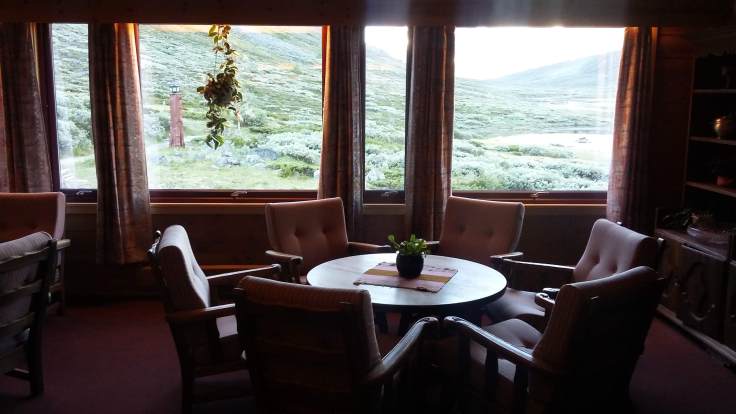 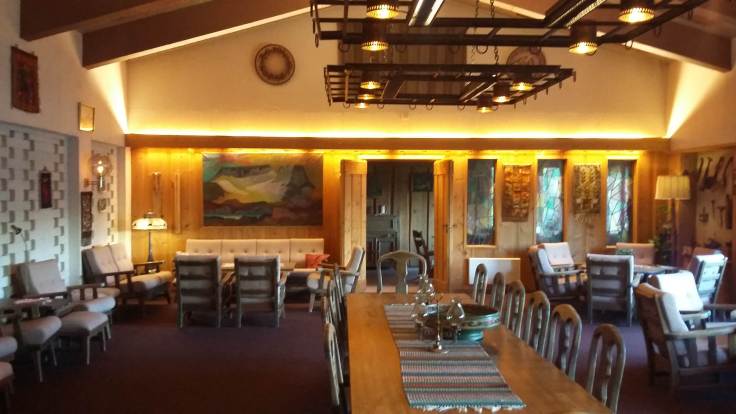 In the morning we had breakfast and packed our lunch for the upcoming hike. It’s very common in Norway to eat sandwiches for lunch, something which is completely different compared to Finland, where your lunch actually is a hot meal. Anyway, I made my sandwiches, checked that I had enough liquids and met with my group to start the hike.

And up we went. We had two mountain guides with us and two volunteers from the Red Cross, who were used to hiking. Altogether we were a party of eight. The sun was high all day making it a pleasant hike up. I can only imagine how it would have felt to go up with wind and rain and those slippery rocks. We were lucky and the lovely weather kept us relaxed. The hike up took us five hours with breaks. Needless to say, the views were great! I was surprised how easy it felt: no negative thoughts, just a feeling of being extremely lucky to see such a place. 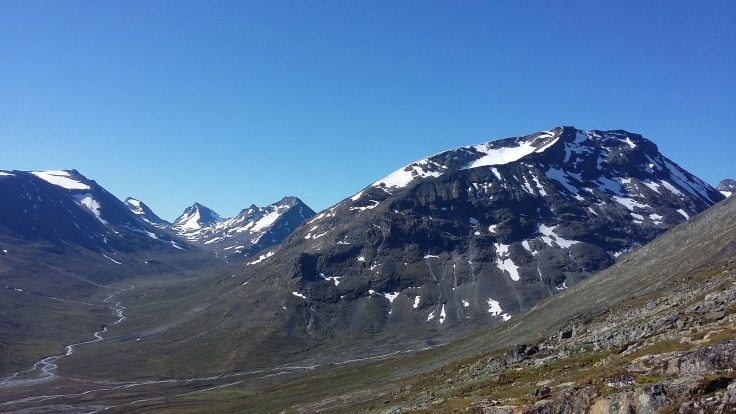 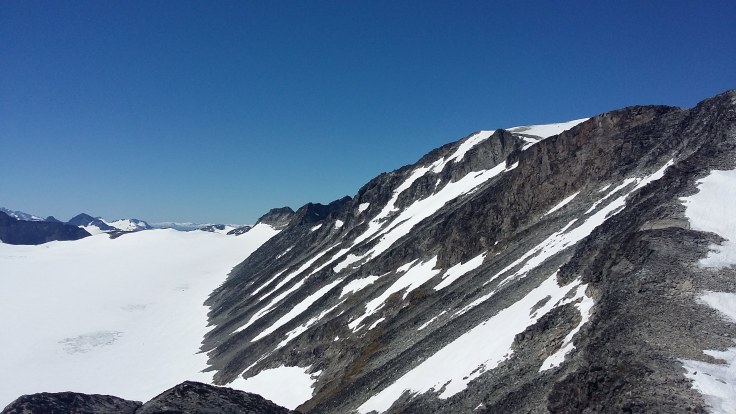 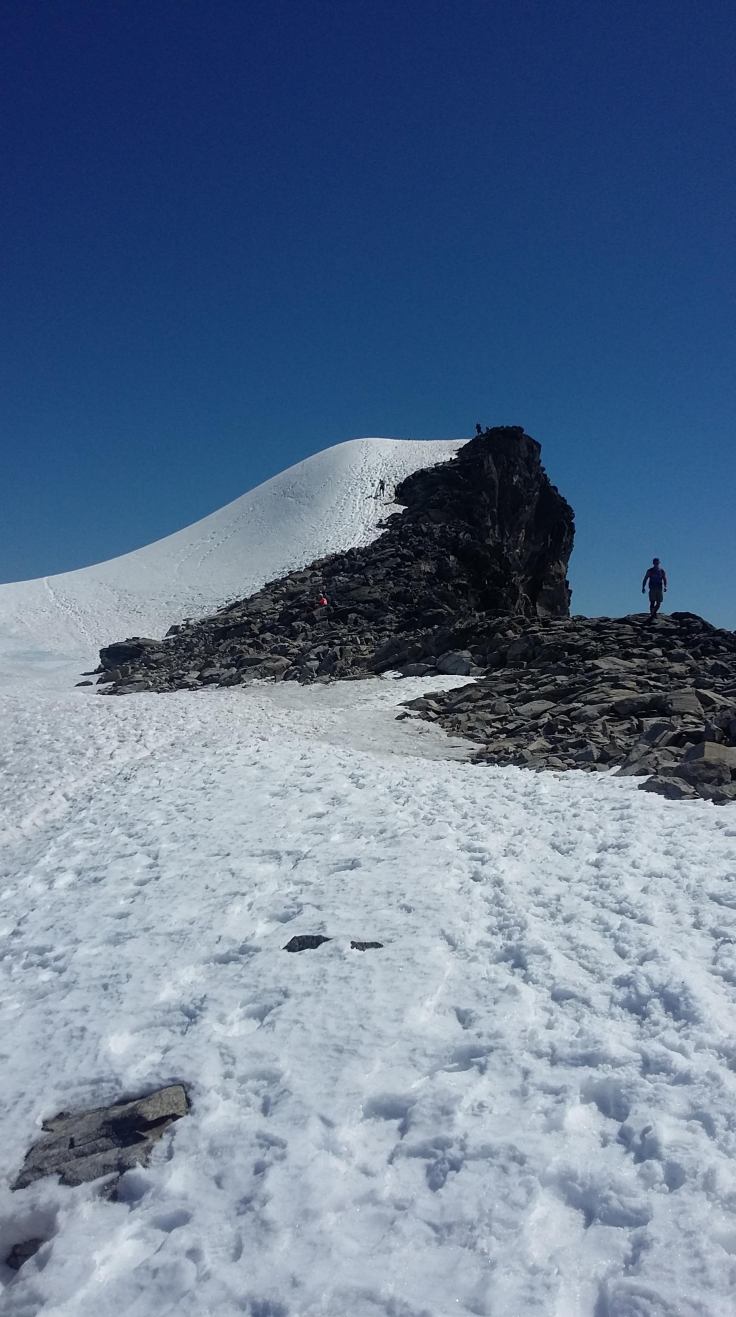 Of course it was not a walk in a park. There was snow on the way, which made the climb a bit harder at times and going up is strenuous if you are not prepared. Not only that but actually the way up includes two peaks before you reach the actual top of Galdhøpiggen.  However, reaching the summit felt amazing. It was warm, almost hot, and the summit was buzzing with fellow hikers. Some came from Spiterstulen like us but most had chosen the Juvasshytta route, which is a bit easier way up even though it includes crossing the glacier with a guide. 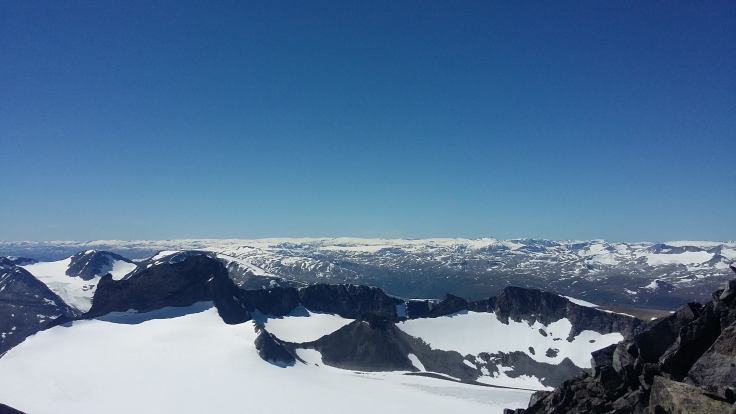 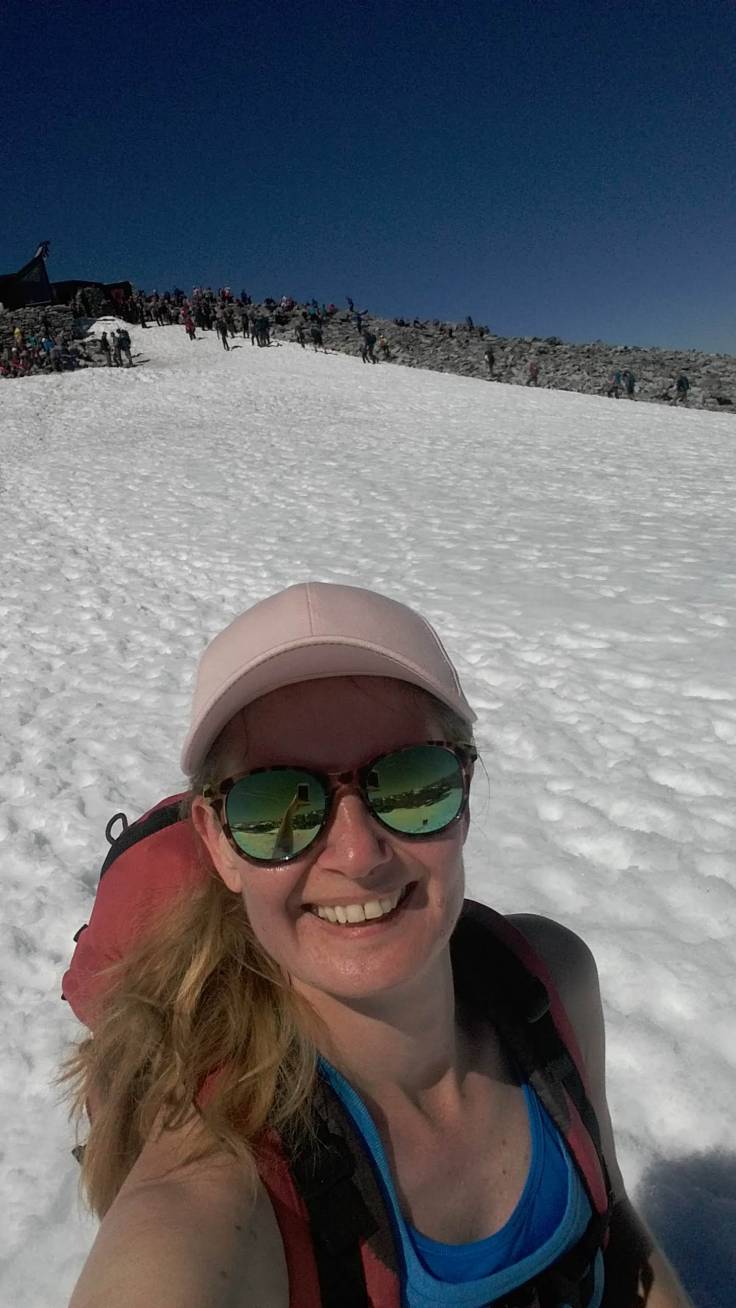 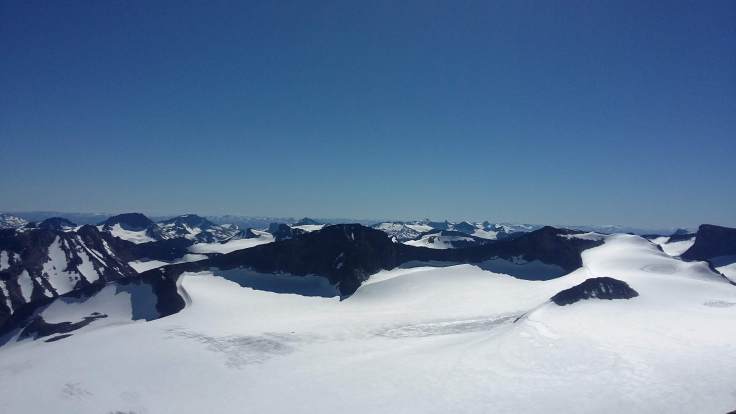 After spending half an hour at the top we started our way down. And that was when it got tough. Not at first though because we had made slides out of old plastic bags and swooshed down screaming out of joy like children. But then the reality hit me. It was much harder to come down than to go up. My knees were begging for mercy and I felt how tired I was. The way down was even a bit scary because I realized that one small mistake would mean loosing balance and falling on the rocks that were sharp and hard.

It took us a bit more than three hours to come down. By the time we reached Spiterstulen I was wiped out and had fallen a dozen of times on the snowy parts of the hike. Taking a shower and having a dinner never felt better. We had a get together later in the evening but as you can guess, I was more interested in sleeping. Even with my legs and feet aching I could close my eyes happy and with one more experience to remember. 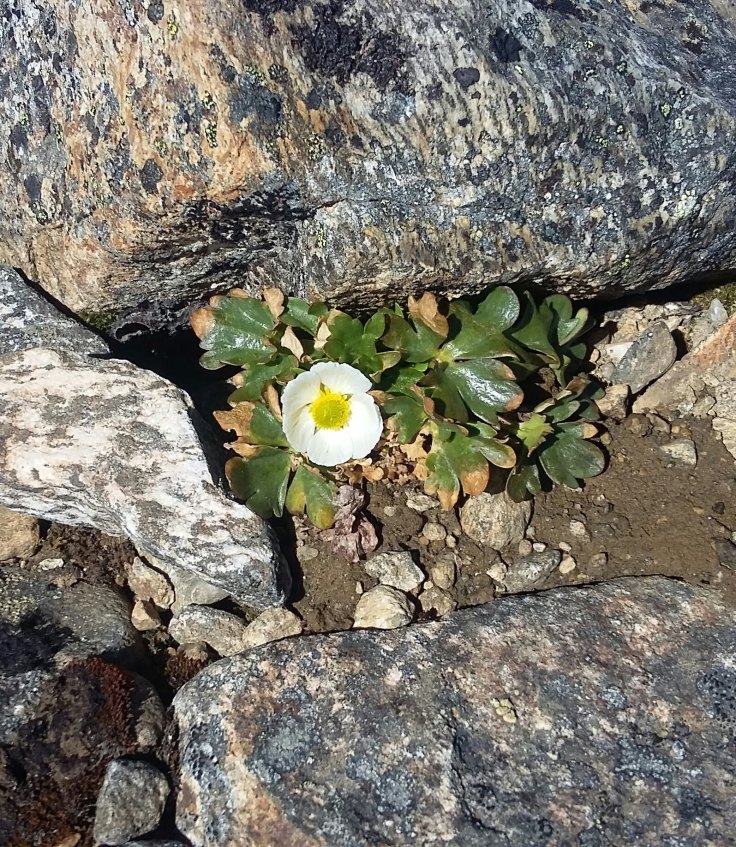 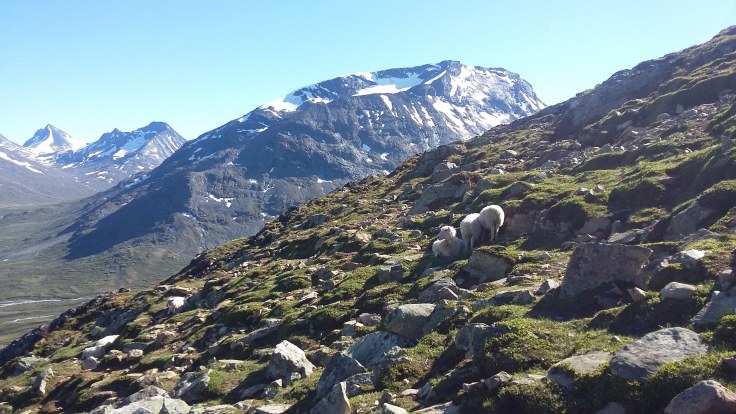 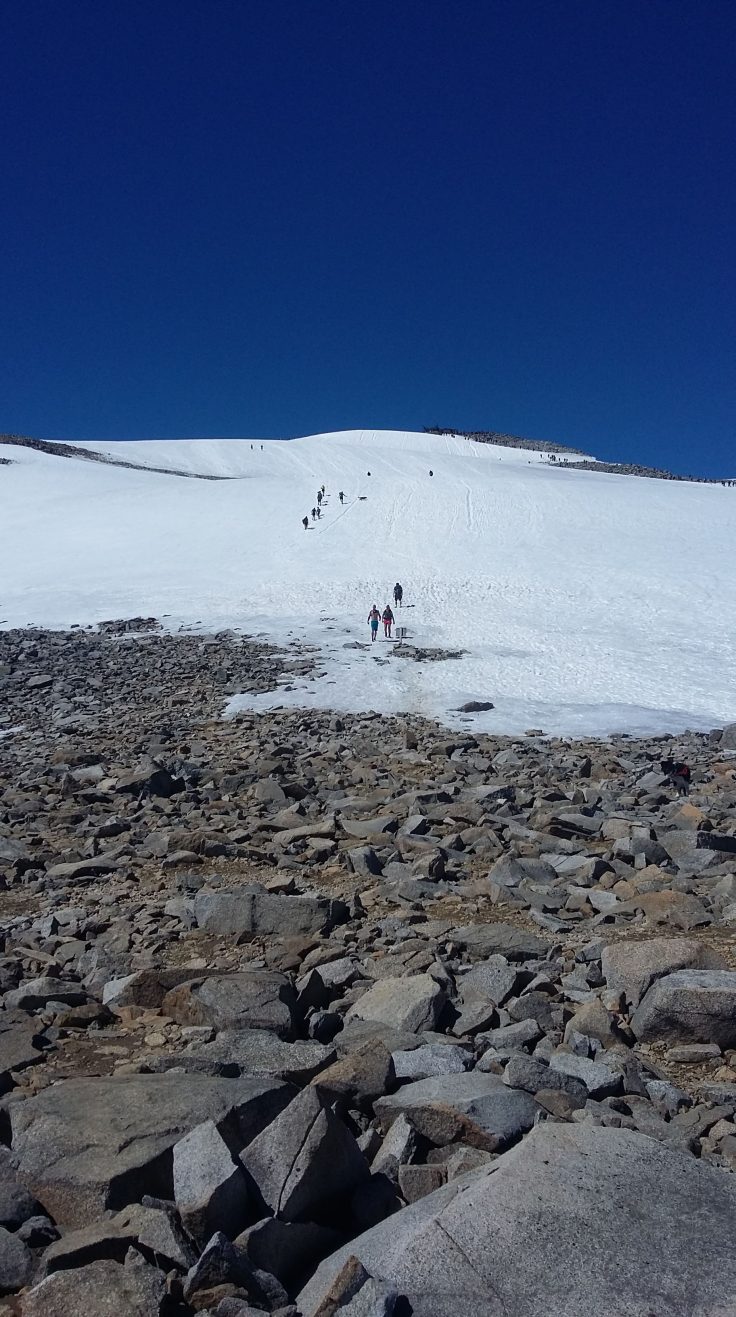 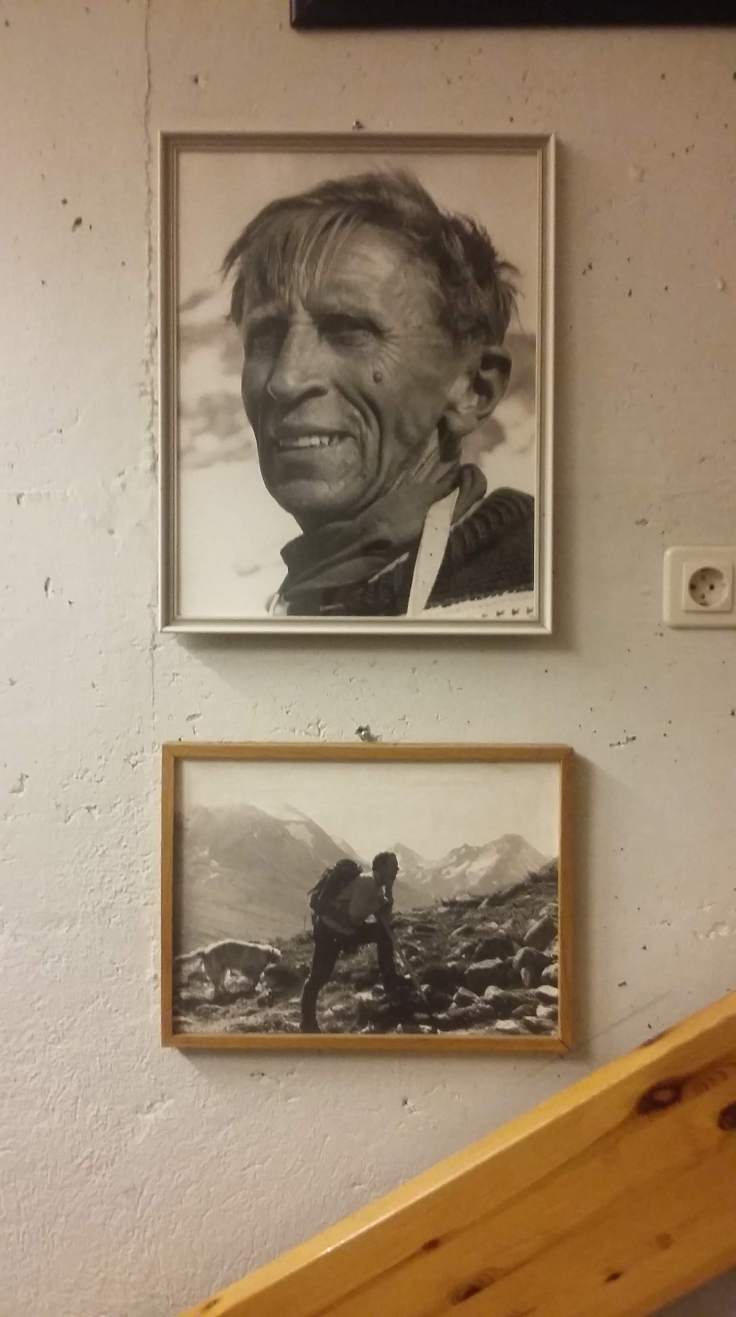 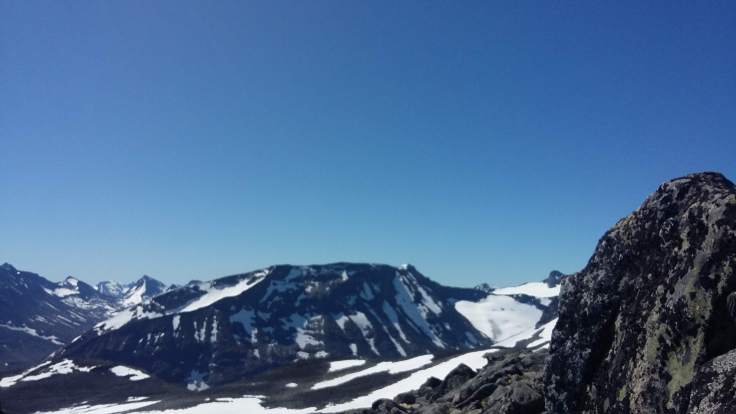 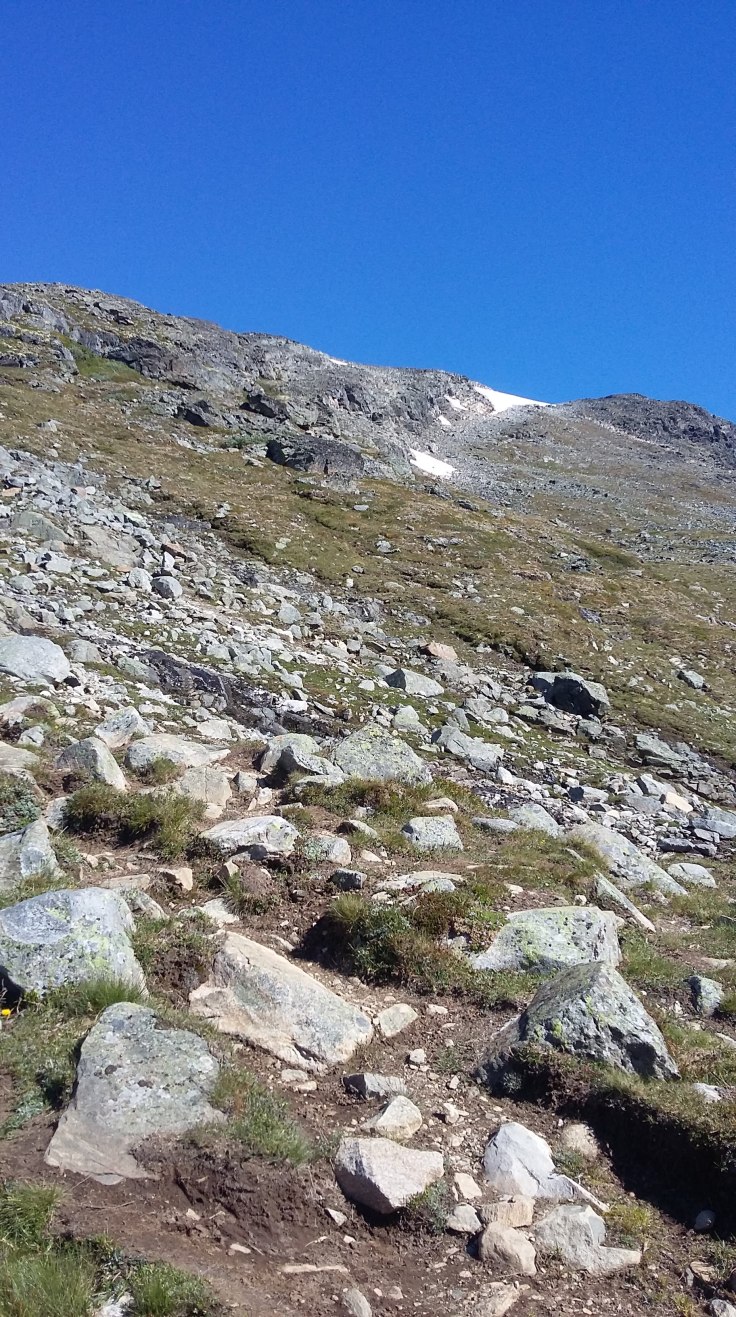 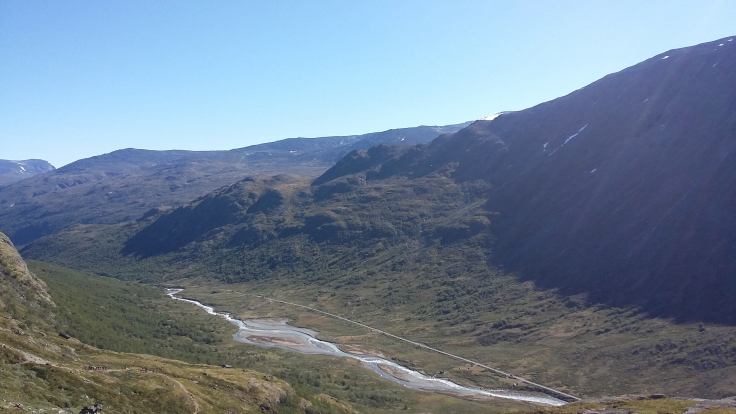 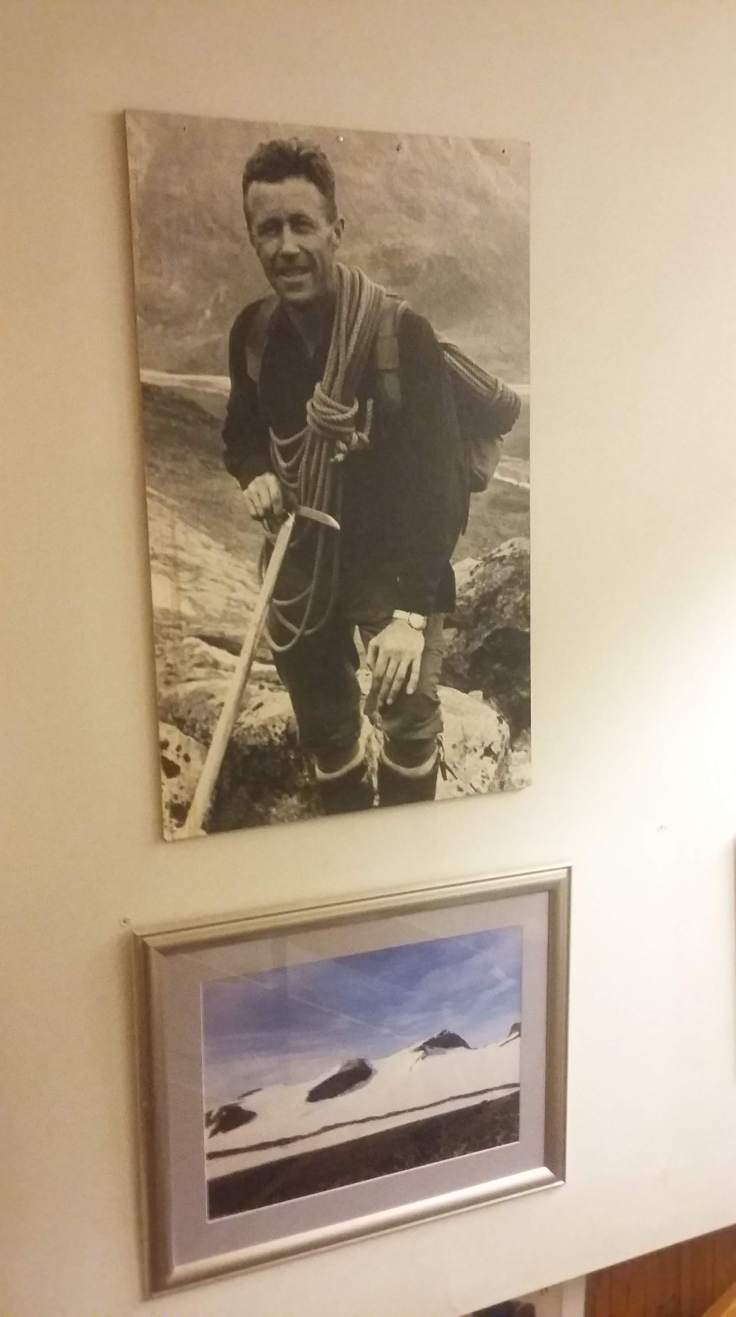