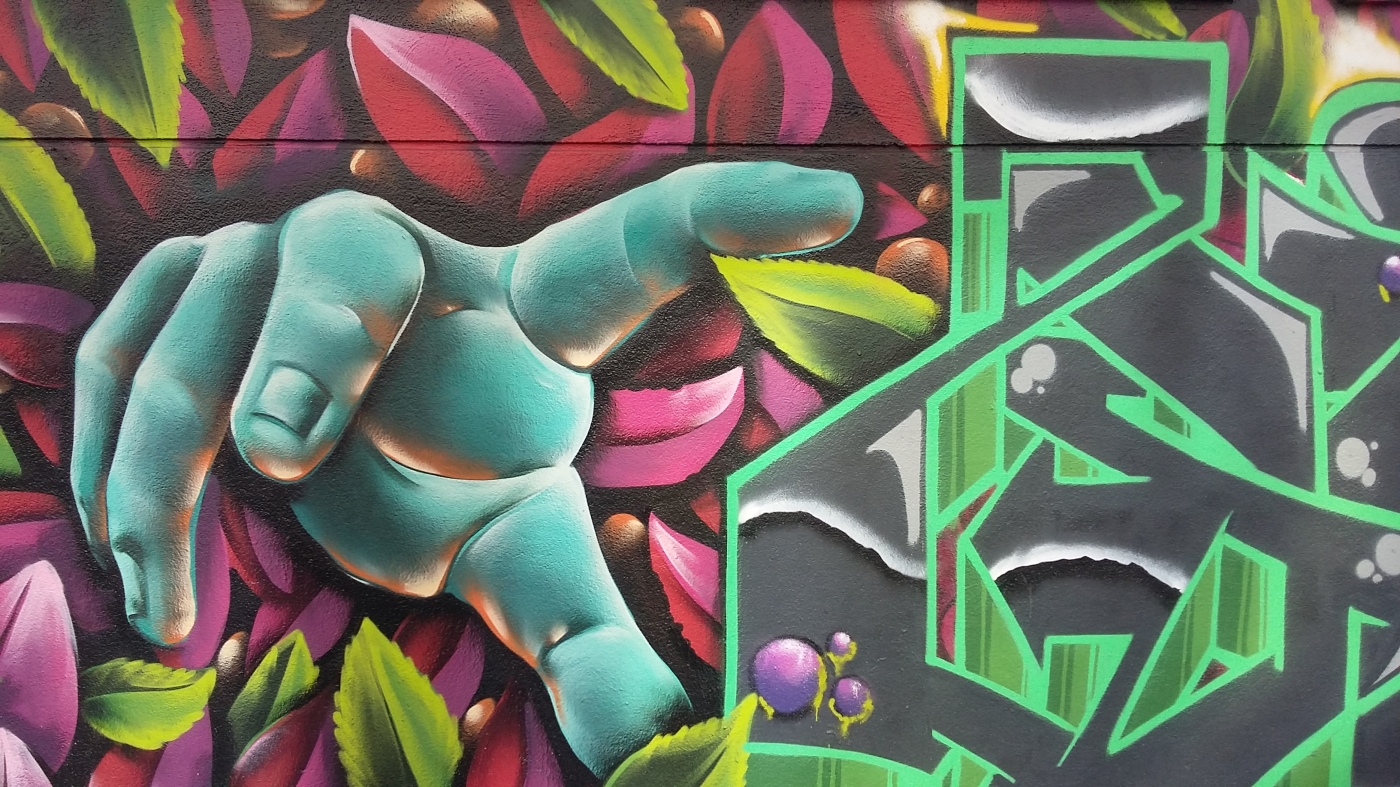 One of the things I like here is street art. It pops up in most unexpected places. Sometimes the artwork dominates a large wall of a building and sometimes you find small but insightful illustrations almost hidden between the streets. The first morning after my arrival to Bergen I bumped into some artists at work near the Hurtigruten terminal. Also in Stavanger I was astounded by the number of graffiti and artwork around the city.

When I grew up graffiti were considered objectionable and illegal. In  the 1990’s  young street artists in East Helsinki painted a long wall (sound barrier) that separated two lanes in a motorway. The artwork was really good and actually approved by the City. Those who passed by the wall each day grew to love it. As a young girl I was particularly impressed by one of the graffiti: the face of Freddy from the movie “A Nightmare on Elm Street”. Unfortunately, later the City decided to paint the wall all white without even informing the artists. So, street art wasn’t really valued like it is nowadays. God forbid, public places in Finland should look as depressing as the October weather… The story has a happy ending, though. After a long battle the wall was re-painted with graffiti in 2017. I guess the times are a changing, there is a lot of history in graffiti and street art, despite the temporary nature this art form.