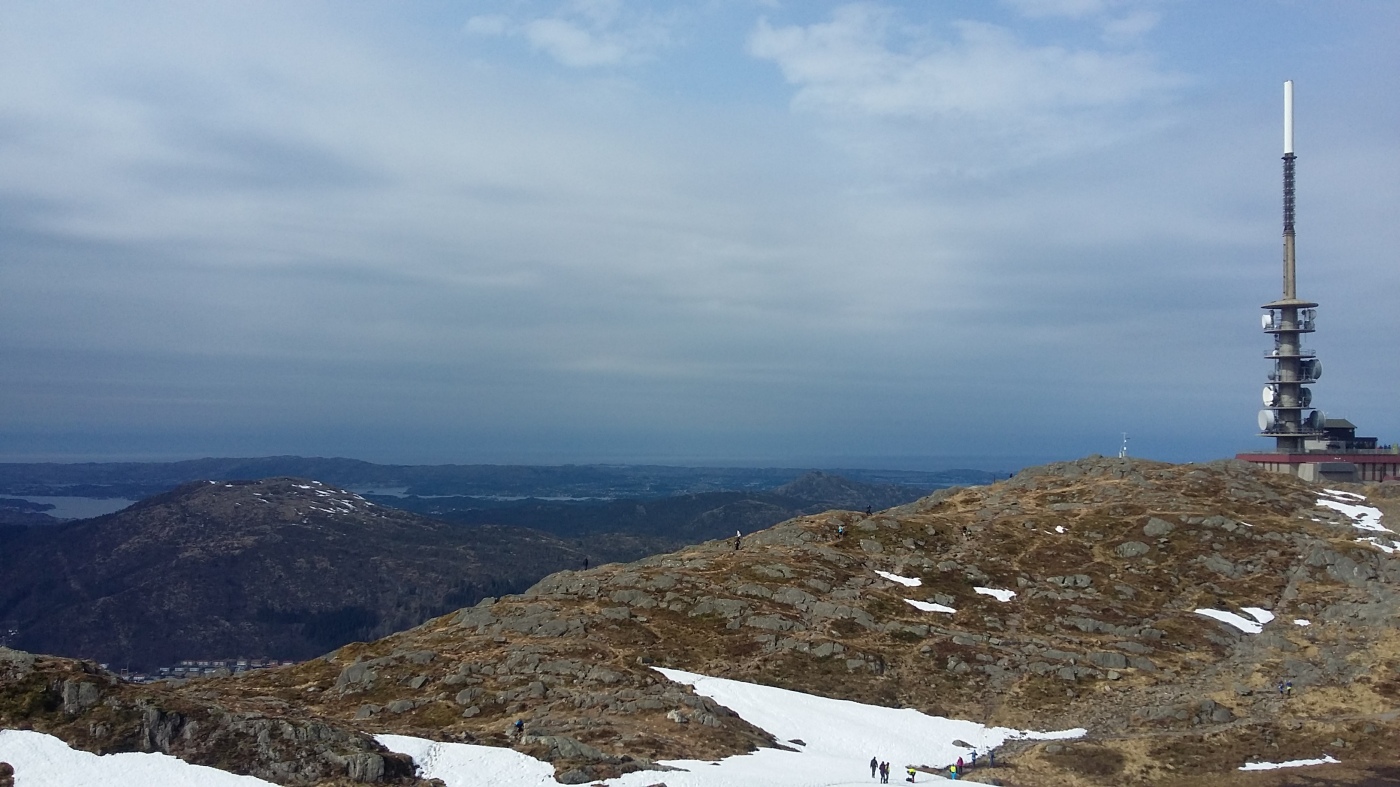 A Finnish movie director Renny Harlin directed the movie Cliffhanger in 1993. The same year a Finnish mountaineer Veikka Gustafsson reached Mount Everest. Finns took pride in these success stories: a Finnish film director in Hollywood and a Finn conquering the summit of Mount Everest. In the movie Sylvester Stallone fights bad guys while climbing mountains in harsh conditions. In real life Veikka Gustafsson witnessed the death of fellow-mountaineers in 1996.

It is always surprising how overpowering and majestic nature can be. Only someone who has not experienced the weakness in face of nature can think that it can be conquered. It’s true that we have put some serious restraint on our surroundings but this means that we are doing it to ourselves as well. Yesterday I felt very small as I went to Mount Ulriken. I felt like a guest. In the sense that you are not really invited but tolerated. You have to respect your unwilling host. In return, she gives you the chance to enjoy the scenery.

Picture a windy summit of a mountain, a horizon with unreachable yet magnificent beauty. There is still snow on the ground but you can hear the sound of spring streams that have just burst alive. They are being born as you stand there and listen. The snow is their mother, slowly dying away as the creeks become alive. As you stare your feet you see snow but soon realize that the sound comes from within, underneath the white cool coat of snow. The sun melts the snow, and the ripple intensifies. You start to think why all this hurry, where are these little drops of water going. They are heading for spring, the joyous time of awakenings.

On Sunday I woke up early noticing that the sun was shining even though the weather forecast had promised rain. Quickly I realized that I had at least the morning and early afternoon of nice weather. So, I decided to go hiking. I never thought that I might have a thing for high places. On the contrary, as I have passed the age of 40, even the slightest incline sometimes scares me. Not on this particular Sunday though.

Ulriken is an easy choice: you can either hike up or take the cable car up. However, when you are on top you should understand that conditions can change quickly and you really need to to be prepared if you intend to hike. Even the easy paths might prove too hard for someone who is unprepared or unfit. If you have equipment and take breaks you’ll do fine. I knew I didn’t have proper shoes nor enough food for a long hike so I just hiked for 1,5 hours, which I know I can physically endure. My aim was just to enjoy and admire the views. There were moments of sweet solitude when I could see nothing but cliffs, rocks and the sky. Afterwards, I was happy that I started my day so early because the clouds soon gathered in the sky. In the afternoon the rain fell, and so did I, sweetly on my bed after shower feeling relaxed. 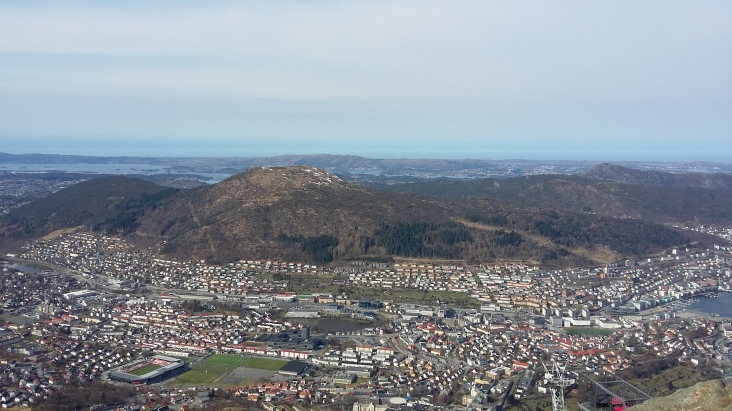 P.S. Probably the closeness of the mountains in Bergen has gotten into me. Renny Harlin, mountains and action heroes reached my subconscious a couple of nights ago. I had a dream where I was riding on the same horse with Sylvester Stallone, Bruce Willis, Edward Norton and Mark Wahlberg. Come to think of it, even Chuck Norris might have been there. We were all on the same horse (poor thing) and Sylvester Stallone pulled me up on the horse laughing. I don’t know what was about to happen but apparently we were on our way to kick some ass. To my misfortune, I woke up just before we took off. Talk about a cliffhanger!